As promised, here are some signatures collected from past ARCHONs!  It’s always exciting to see who the writer/artist guest of honor will be and then to meet them in person.  My earliest favorite author, Tamora Pierce, attended a couple years back.  I went to almost every panel she was on and even invited her to my bachelorette party.  Unfortunately, although she agreed to make an appearance that night, she was not feeling well.  Instead, she sent her assistant with a lovely note apologizing and congratulating me.

END_OF_DOCUMENT_TOKEN_TO_BE_REPLACED

Another week to feature some fun author signatures in my collection.  Next weekend, I’ll be attending ARCHON 2016 in Collinsville, IL, so part 4 of this series will feature authors that regularly attend the convention.  The week after I return will feature newly collected signatures, and the following week will showcase any remaining authors that didn’t fit into those two posts.

END_OF_DOCUMENT_TOKEN_TO_BE_REPLACED

It has come to my attention that I’m stressing out about how often I have gotten behind on my 2016 Publication Month Challenge.  But I realized that the only person holding me accountable to that is myself.  So instead of worrying that I only posted 1 September review and that it’s almost October and I haven’t really read anything this month, I’m going to step back from that challenge and leave 2016 as unfinished.

What this means is that I’m going to spend the rest of the year reading what I want when I want instead of trying to stick to a prescribed schedule.  Now I can read all those backlog books I kept pushing aside for scheduled ones.  And, since I fell behind on several months of 2016, I want to build a better schedule for 2017’s challenge.  And get a head start, as I already have a large stack of winter galleys.  Some of which I’m dying to read 🙂

Thanks for your understanding! 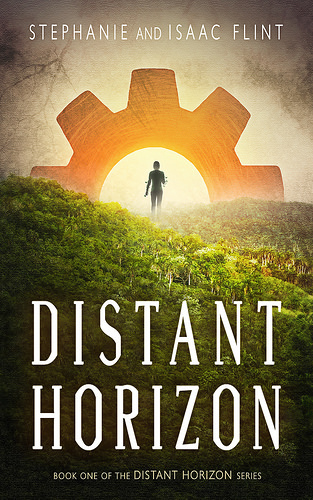 Blurb:
The Community is safe.
Unless you have superpowers.

Sixty years ago, a hallucinogenic plague annihilated half the world’s population, leading to the formation of the Community—an international government that promises its citizens safety, security, and efficiency. Every day, Community citizens swallow a mandatory pill to ensure their immunity to the plague. A year after graduating high school, they take the Health Scan.

Most pass, and continue with their lives. Others disappear.

Eighteen-year-old Jenna Nickleson hasn’t taken the pill since her senior year in high school. She feels more alive without it, and she hasn’t shown any signs of infection—at least, not until two days after a surprise Health Scan is announced and Special Forces arrive at her university campus.

Spurred by the recent string of hallucinations, Jenna searches for any inkling of what happens to those who fail the scan. Rumor has it that they’re sent away for treatment and, once cured, receive a menial job. But when she uncovers the cruel truth behind the plague, her ideal world is shattered.

Underneath the illusion of safety, Special Forces agents harbor a dark secret.

The plague is a lie.

You can find Distant Horizon on Goodreads

Excerpt:
There was a fifteen minute break between classes. Since the two buildings were right next to each other, that was plenty of time for me to browse EYEnet. My primary question regarded the old man’s warning that I’d fail the scan. I focused on the blog from my friend in high school—the one whose sister failed.
According to Galina’s posts, she’d been afraid of failure early on, and on the day of the Health Scan, she’d made another post reiterating the same fear. She’d been having hallucinations that liquids would shape themselves from images in her thoughts, and she was sure she had theophrenia.
It’d been almost a year since Galina left, but I wasn’t sure how long the recovery effort lasted. I checked the last active day she was on her account. There was nothing since the day of her scan.
I checked other blogs, searching for any references to fear of failure. One girl thought she could fly. Another guy swore he could read his professor’s mind. All signs of advanced delusions, and in each case, they didn’t return.
Three years passed. Five. Nothing.
A chill ran through me. The old man said to try controlling vines and grass. That was crazy. Impossible. And yet… I’d felt that stem move. I’d seen it move.
My phone chimed a one-minute warning before class. Students stirred and finished their conversations, and I stared at the small screen of my phone. Only one person, out of the entirety of blogs I’d found, had ever come back. 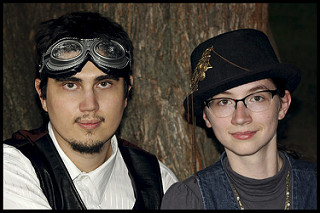 About the Author:
Stephanie and Isaac Flint met at the University of Central Missouri, where they discovered a common interest in world-building and tabletop role-play games. Distant Horizon is their first joint world, the result of a role-play game Isaac ran in the summer of 2010. After graduating with Bachelors of Science (Photography for Stephanie, Psychology for Isaac), they were married in 2012. Together, they plot stories, torment each other’s characters, and enjoy the occasional cosplay.

Over the weekend, I was delighted to find this shiny blue envelope waiting for me in my mailbox.  Inside was an ARC of Weregirl by C.D. Bell, which I had won through a Shelf Awareness contest.  I had actually seen this at BEA16 originally, but was unable (due to time) to learn any more about it.  It’s due out on November 1st from Chooseco and has favorable reviews over on GoodReads already.  Looks like a fun read!

END_OF_DOCUMENT_TOKEN_TO_BE_REPLACED

So last week, I posted part 1 of my author signature collection.  And now here’s part 2!

END_OF_DOCUMENT_TOKEN_TO_BE_REPLACED

This is a new meme hosted by Sugar & Snark. It came about when Sugar was wondering which cover to use for her #70 Cover of the Week post. Sugar kept on thinking of more than one, and they all seemed to have a theme/characteristic. So she decided to switch things up a bit!

This sounded like fun, so I thought I’d join in on today’s topic.  Looks like the blogger is going on maternity leave soon though, so I might not get another chance for a little while.

END_OF_DOCUMENT_TOKEN_TO_BE_REPLACED

It has come to my attention that people might want to see & learn about my author signature collection.  In the last three years or so, I’ve had the opportunity to meet many of my favorite authors, and I’ve been actively contacting others to see if they would be willing to sign bookplates sent via SASE (self-addressed, stamped envelope).  Some of them already have their own system already in place, but almost half do not.  So, I was able to work with those authors to make my own bookplates.

I have already shared a few of these in past posts; however, I haven’t been very diligent.  Not sure how many parts there’ll be as I have a rather large collection now, but I think each post will only feature 2-4 authors, pictures of the collected signatures, and the story behind each.  So, look out for these posts on Fridays!  Here’s part 1 🙂

END_OF_DOCUMENT_TOKEN_TO_BE_REPLACED

Last month wasn’t a great month for finishing books, but my collection did grow with several new titles.  This month was a little crazier in that area than usual as I went on vacation and visited two Hastings (since the chain is going out of business), won a couple contests, participated in a blog tour, received a galley through the AceRocStars, picked up some winter galleys, and HarperCollins sent a huge box of galleys to the office.