I just finished reading Silence Fallen, which is book 10 in the Mercy Thompson series by Patricia Briggs.  The series is adult urban fantasy and features shapeshifters, werewolves, vampires, and fae in the Northwestern states.  I can’t remember when I first started reading it, maybe around book 4 or 5?  But I have been impatiently waiting for each new addition ever since.  Since some of you may not know this series, I decided not to review book 10 on its own, but to give you some overall insight into the full series.  You know, to get you hooked!

Here are my top 5 reasons to pick up this series and never put it down!

Hopefully, this gives you enough knowledge to get a sense of Mercy’s world without spoiling any of the major character developments or plotlines.  If you’ve already read this series, please share why you liked or disliked it!  Did I miss something important for this list?

From New York Times bestselling author Cora Carmack, comes the highly anticipated fourth standalone title in her Rusk University Series, ALL CLOSED OFF! A passionate story and journey, get ready to be mesmerized with Stella’s story! ALL CLOSED OFF is coming your way May 1, 2017!

END_OF_DOCUMENT_TOKEN_TO_BE_REPLACED 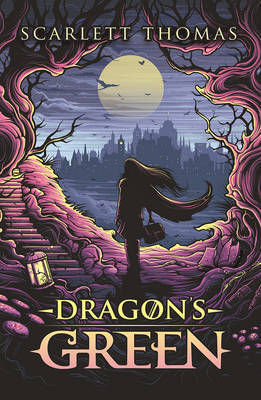 354 pages
Expected publication: April 6th 2017 by Canongate Books
Besides the fact that this book has Dragon in its title, I was super intrigued that this book focuses on an old family library, which leads to crazy puzzles and adventures.  The UK cover is gorgeous, and I think I read somewhere that it was going to be glow-in-the-dark for the first print run.  Or maybe that was for a special edition?  Either way, so excited to read this one!

‘Some people think opening a book is a simple thing. It’s not. Most people don’t realise that you can get truly lost in a book. You can. Especially you. Do not open any of these books without my permission, Euphemia.’
Effie is a pupil at the Tusitala School for the Gifted and Strange. When her grandfather becomes ill she discovers she is set to inherit the family library. The more she learns about it the more unusual it is. Before she knows it, her life is at risk from dark forces from this world and beyond, intent on using the books and the power they contain.
With her grandfather gone and the adult world ignoring her, can her unreliable classmates help save her life?
Packed with puzzles, curses, evil nemeses and a troupe of beguiling heroes, Dragon’s Green is an adventure novel for children about the nature of magic. It is the first in a chapter-book series for fans of Pullman’s Northern Lights, Diana Wynne Jones’ Chrestomanci series, T.H. White’s The Once and Future King, Neil Gaiman’s The Graveyard Book, Lemony Snicket’s A Series of Unfortunate Events series and the Harry Potter series by J.K. Rowling.

I found this floating around the blog sphere, so I’m not sure who originated it, but it looked like fun! So thank you to whoever started this book tag 🙂

1. DO YOU GET SICK WHILE READING IN THE CAR?

So, I’ve noticed that for long rides on straighter roads like the interstate, I’m just fine.  In town, I do get car sick.

2. WHICH AUTHOR’S WRITING STYLE IS COMPLETELY UNIQUE TO YOU AND WHY?

Kristen Britain is an author I love to read because her plots and characters transcend the pages to intertwine and battle for space in your brain long after you put the book down.

3. HARRY POTTER SERIES OR THE TWILIGHT SAGA? GIVE 3 POINTS TO DEFEND YOUR ANSWER.

Definitely the Harry Potter series.  A) All of the characters are given the chance to grow and explore themselves, even minor ones.  B) No normalization of stalking behavior.  C) Hermione is one of the strongest, independent ladies of fantasy and you can’t make me believe otherwise!

Do craft bags count?  Because I usually keep at least one book in there with my current art projects.

5. DO YOU SMELL YOUR BOOKS?

6. BOOKS WITH OR WITHOUT LITTLE ILLUSTRATIONS.

The artist and fangirl inside me says, “ABSOLUTELY,” to any kind of included art.  Or art that floats around the internet.

7. WHAT BOOK DID YOU LOVE WHILE READING BUT DISCOVERED LATER IT WASN’T QUALITY WRITING?

I actually enjoyed Twilight the first time I read it before the hype, but when I tried to reread to compare to the movie, I discovered that the writing was subpar to what I enjoy reading again and again.

8. WHAT IS THE THINNEST BOOK ON YOUR SHELF?

Since my picture book collection doesn’t reside on any shelves currently, I’m going to guess that the books in the Unicorns of Balinor series are the thinnest (individually, of course).

9. WHAT IS THE THICKEST BOOK ON YOUR SHELF?

10. WHEN DID YOU GET INTO READING?

I’m pretty sure I was indoctrinated in the womb…

11. WHAT IS YOUR FAVOURITE CLASSIC BOOK?

As I loathe classics, this one is unanswerable.

12. IN SCHOOL WHAT WAS YOUR BEST SUBJECT?

15. IF YOU WERE GIVEN A BOOK AS A PRESENT THAT YOU HAD READ BEFORE AND HATED, WHAT WOULD YOU DO?

Accept graciously, then gift it to someone else or donate to the library

16. WHAT IS YOUR FAVORITE WORD?

Umm, do I have to chose?  Because I love both for approximately the same reasons.

19. SHAPESHIFTERS OR ANGELS? WHY?

Shapeshifters are far more interesting to me.

20. AND FINALLY: FULL ON ROMANCE BOOKS OR ACTION-PACKED WITH A FEW LOVE SCENES MIXED IN?

I’d rather the romance be on the side. Thanks!

Today, I get to share with you the gorgeous cover for the upcoming book from Danielle Rose, Blood Rose!  I’m really excited for this cover as it’s so lush and intriguing.  I love book covers, and this is probably one of my new favorites!!  Oh, and the synopsis sounds good too 🙂

END_OF_DOCUMENT_TOKEN_TO_BE_REPLACED

This list is a tad bit late as it’s almost time to make my March releases list, but I wanted to make sure I shared several titles that I’m truly excited about, but they just didn’t fit into my reading schedule yet.

Dying to Read-Look for my Review Later

Books I Plan to Read as Time Allows:

Yeah, February was a big month for sequels and new series starts.  It may be awhile before I can get back to even a third of these, but I will get them read eventually as they all sound amazing!

Hardcover, 435 pages
Published May 19th 2015 by Del Rey
Finally, I was able to make time to read this book!  I have heard so many good things, and it’s been sitting on my shelf since I heard about it at ALAMW15.  I’m so glad I had the “excuse” of choosing this title for the Retellings Reading Challenge 🙂
The story and characters were riveting, and I found myself unable to set it down for very long.  I especially loved that the Woods had their own personality, which lent to giving the whole story a thrilling and darker aspect.  This is a retelling/reinterpretation of the Beauty and the Beast story, and there are hints and throwbacks throughout the story to give you the sense of the original, but this story’s main feature is all its own.
As this is a standalone, you can expect to read a full story that wraps up almost all the loose strands by the final page.  Characters develop and grow throughout, and you get to see a good chunk of this fictional world as the story unravels.  In a book world that features series quite heavily (and I adore that and seek them out), it was nice to have a contained story that didn’t rely on additional materials.
There were a few things that I found disappointing like the distinct lack of actual dragons, and the ending didn’t seem to have enough explanation throughout the first part of the book.  It needed a bit more development and lore to seem more believable.  But overall, this is a very solid example of an author taking a familiar story and putting their own twist on it, successfully.

“Our Dragon doesn’t eat the girls he takes, no matter what stories they tell outside our valley. We hear them sometimes, from travelers passing through. They talk as though we were doing human sacrifice, and he were a real dragon. Of course that’s not true: he may be a wizard and immortal, but he’s still a man, and our fathers would band together and kill him if he wanted to eat one of us every ten years. He protects us against the Wood, and we’re grateful, but not that grateful.”

Agnieszka loves her valley home, her quiet village, the forests and the bright shining river. But the corrupted Wood stands on the border, full of malevolent power, and its shadow lies over her life.

Her people rely on the cold, driven wizard known only as the Dragon to keep its powers at bay. But he demands a terrible price for his help: one young woman handed over to serve him for ten years, a fate almost as terrible as falling to the Wood.

The next choosing is fast approaching, and Agnieszka is afraid. She knows—everyone knows—that the Dragon will take Kasia: beautiful, graceful, brave Kasia, all the things Agnieszka isn’t, and her dearest friend in the world. And there is no way to save her.

But Agnieszka fears the wrong things. For when the Dragon comes, it is not Kasia he will choose.

Back in January, I had the opportunity to meet 2 authors that had quickly made their way to the top of my TBR based on the synopsis and premise of their books/series.  So, even though I hadn’t read more than a chapter or two of either of their books, I drove a little over 2 hours one way on a work night to meet Susan Dennard and Elise Kova.  And I took a friend who had even less knowledge of these two than I did.

END_OF_DOCUMENT_TOKEN_TO_BE_REPLACED

Hardcover, 384 pages
Expected publication: March 14th 2017 (TODAY!) by Shadow Mountain
One of my absolute favorite series when I was younger was Fablehaven by Brandon Mull.  I started reading it when it was first published and found myself recommending it to everyone because “people of all ages will like it just like Harry Potter!”  Yep, I thought this series could span the generations, and I proved that by enjoying re-reads every few years.