Hardcover, 512 pages
Expected publication: July 18th 2017 by Simon Pulse
There’s so much about this book that looks interesting and exciting!  I mean, that cover, it’s gorgeous and mysterious!  Also, it sounds like a fun mix of history and fantasy.  Oh, and did I mention magical artifacts and an ancient book?!?  Really, I was sold as soon as the book was mentioned.  Hopefully, that bodes well for the story 🙂
Don’t forget to check out the ongoing street team/contest run by the author over here!

Stop the Magician.
Steal the book.
Save the future.

In modern day New York, magic is all but extinct. The remaining few who have an affinity for magic—the Mageus—live in the shadows, hiding who they are. Any Mageus who enters Manhattan becomes trapped by the Brink, a dark energy barrier that confines them to the island. Crossing it means losing their power—and often their lives.

Esta is a talented thief, and she’s been raised to steal magical artifacts from the sinister Order that created the Brink. With her innate ability to manipulate time, Esta can pilfer from the past, collecting these artifacts before the Order even realizes she’s there. And all of Esta’s training has been for one final job: traveling back to 1902 to steal an ancient book containing the secrets of the Order—and the Brink—before the Magician can destroy it and doom the Mageus to a hopeless future.

But Old New York is a dangerous world ruled by ruthless gangs and secret societies, a world where the very air crackles with magic. Nothing is as it seems, including the Magician himself. And for Esta to save her future, she may have to betray everyone in the past.

Hardcover, 353 pages
Published September 20th 2016 by Harper Voyager
I was consumed by this book!  I loved every second of it, and it was exactly what I needed in my life right now.  Unfortunately, it took me forever to write this review because I couldn’t sort out my feelings into coherent words.  Here’s my attempt at sharing what I felt while reading this amazing book!  Word of caution: there are probably small spoilers throughout.

END_OF_DOCUMENT_TOKEN_TO_BE_REPLACED 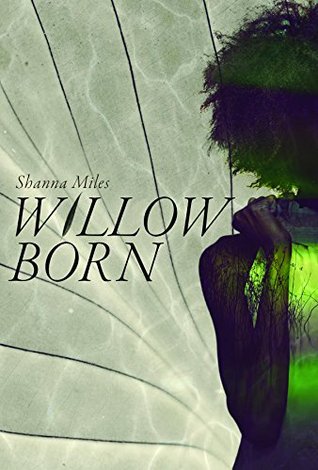 Kindle Edition, 242 pages
Expected publication: June 1st 2017 by Rochelle and Reed Publishing, LLC
If you’re looking for diverse read in the fantasy genre, this promises to be quite the exciting release.  I just downloaded the book from NetGalley after seeing the beautiful cover and finding the author on Twitter.  The first couple of pages jump right into the story and sound so fascinating!  I can’t wait to read this one 🙂

Years ago, witch hunters came to Carolina and devoured the Willows. Sixteen-year-old Collette, a powerful empath, was one of them. A part of a long line of witches that stretches back as far as the slave auctions of Charleston, she was especially gifted.

Decades later, a series of strange kidnappings prompts a member of her secret coven to make a plea for help and Collette is chosen to answer the call.  But things have changed. Angels have come out of the divine closet and everyone is on the lookout for the supernatural.

Snatched from the Void, she has to choose between a normal life and following the warrior path of the Willows, a coven she didn’t know she belonged to. Soon, problems pile sky-high as she struggles to keep the boy who could blow her cover at arm’s length and her sanity as family secrets come to light in the midst of a serial killer.

In the end it all comes down to destiny, death  and the grey places between good and evil. But then again, when you’re Willow Born death can be just the beginning. 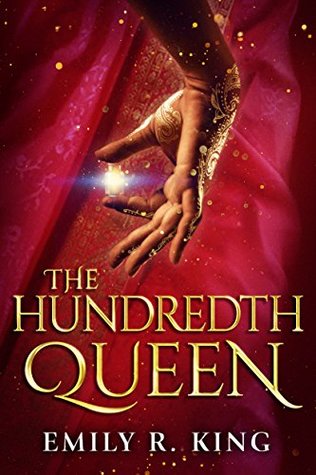 Paperback, 300 pages
Expected publication: June 1st 2017 by Skyscape
Such a compelling read that I had to finish it in a day. I couldn’t get myself to put it down for very long!  It was also refreshing to visit a different culture than that of European origin or inspiration.  I love fantasy books that use knights and dragons and lush forests, but it’s also fun to visit the desert.  Drawing on Sumerian mythology and desert nation cultures, King did a great job of blending magic and intrigue into a maturation and finding-self tale.

END_OF_DOCUMENT_TOKEN_TO_BE_REPLACED 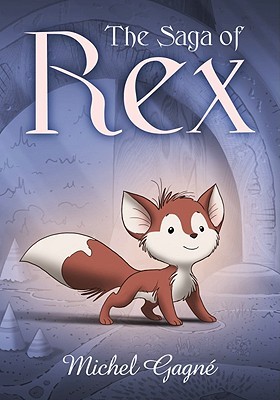 Paperback, 200 pages
Published November 2nd 2010 by Image Comics
Considering this is a mostly wordless graphic novel that originally featured in the Flight anthology series, The Saga of Rex is absolutely adorable and tells a fun but traumatic story of a little fox on an epic journey through space.  The artwork is quite amazing and I was hooked from the title page art, which shows the little fox bent down and nose-to-nose with a little, orange fish-bug.  The whole story conveys deep emotions from all over the spectrum and constructs a heartwarming tale of love and adventure.  There isn’t much else I can say, except read it and share it (careful with the really young readers though).  And then go watch the short video on YouTube that the author created!

A little fox named Rex is plucked from his home world by a mysterious spaceship and transported to the arcane world of Edernia, where he meets Aven, an enigmatic biomorph with a flying saucer. Follow his epic journey as he travels through outer-worldly landscapes, faces strange perils, and makes surprising encounters. 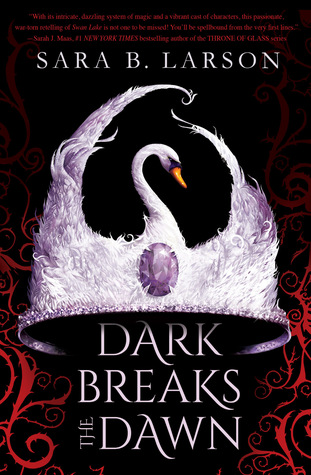 Hardcover, 320 pages
Expected publication: May 30th 2017 by Scholastic Press
Today’s second Waiting on Wednesday comes to you because I had already featured Dragon’s Green a couple months ago.  Oops!  So instead of deleting it, I decided to just share a second title that I’m excited for that comes out at the end of the month.  I’m so far behind on my May reading (I haven’t even finished ACOWAR yet!), so I don’t think I’ll get this one read for review before it’s release date.  BUT, I am super excited about the premise and really hope I can get back to it after I catch up with June.  So many good books to read, and no time to read them. LOL

On her eighteenth birthday, Princess Evelayn of Eadrolan, the Light Kingdom, can finally access the full range of her magical powers. The light looks brighter, the air is sharper, and the energy she can draw when fighting feels almost limitless.

But while her mother, the queen, remains busy at the war front, in the Dark Kingdom of Dorjhalon, the corrupt king is plotting. King Bain wants control of both kingdoms, and his plan will fling Evelayn into the throne much sooner than she expected.

In order to defeat Bain and his sons, Evelayn will quickly have to come into her ability to shapeshift, and rely on the alluring Lord Tanvir. But not everyone is what they seem, and the balance between the Light and Dark comes at a steep price.

In the first book of a remarkable duology, Sara B. Larson sets the stage for her reimagining of Swan Lake — a lush romance packed with betrayal, intrigue, magic, and adventure. 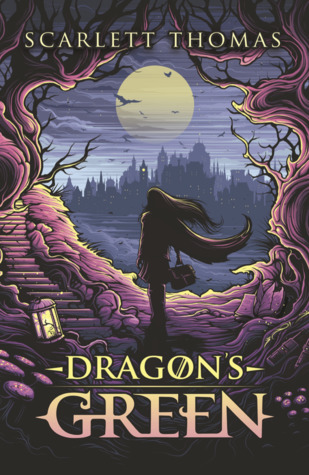 END_OF_DOCUMENT_TOKEN_TO_BE_REPLACED

April was a bit slower with publication releases, which was good because I got busy reading June releases for review!  Unfortunately, that means I didn’t get through very many of the April titles like I wanted, but there’s still time, right?  I can always come back to them later.

END_OF_DOCUMENT_TOKEN_TO_BE_REPLACED 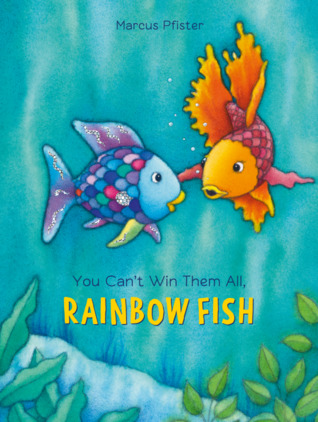 I love that Rainbow Fish is still teaching children important life lessons and etiquette! I remember the original story being a favorite when I was a child, and I’m so excited that I can share this book with a new generation. I had forgotten about this little fish for a while, but there are so many new stories that I want to read and share with all the children in my personal and professional life.  I highly recommend this series.  Especially since almost all the books include iridescent scales throughout!  So pretty 🙂

Review copy provided by publisher through NetGalley in exchange for an honest review, which did not affect from opinion or review.

A brand new title in the bestselling Rainbow Fish series!

Everyone loses once in a while. But being a good sport when you lose isn’t always easy—not even for Rainbow Fish. A lighthearted look at accepting loss without losing your sparkle! 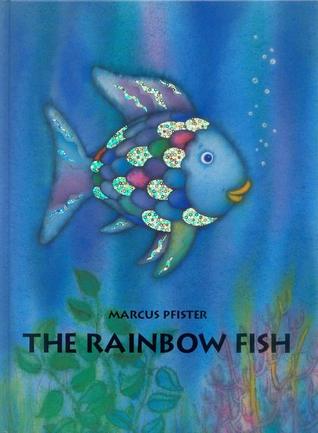 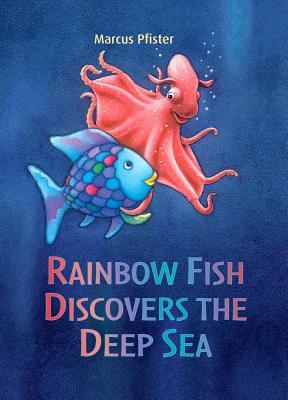 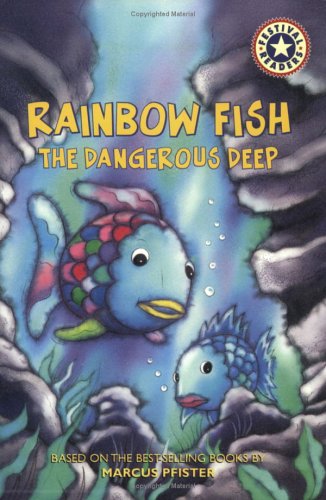