I had originally read Brimstone Angels closer to its original release date and remember loving it!  I don’t particularly know why I didn’t follow up on the series immediately.  There was a bit of confusion about book three being the third in the Farideh series but also the third in the Sundering series.  Now, it’s very hard to find these books in paperback, but you can find them in ebook and audiobook form.  So go check them out! 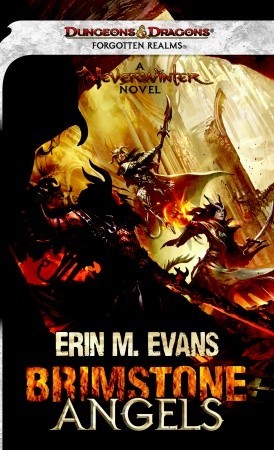 Listening to the audiobook this time around, I loved the voices the narrator uses throughout.  It really gave each character a chance to shine.  Plus I loved how well they matched their personalities.  The author did a great job introducing the world of Forgotten Realms without relying on the reader’s previous knowledge or bogging down veterans with too much description.  Having played D&D, I thought I followed the lore fairly well.  And when it seemed like too much, I didn’t have to worry about it affecting my enjoyment of the plot.

This book has pretty good pacing throughout and great character development for a decent sized cast.  The climax wrapped up the main story while introducing threads for the series to continue.  There is a bit of a cliffhanger for one of the characters, but it’s more of a lead than anything.  Definitely made me pick up book two a lot faster this time! 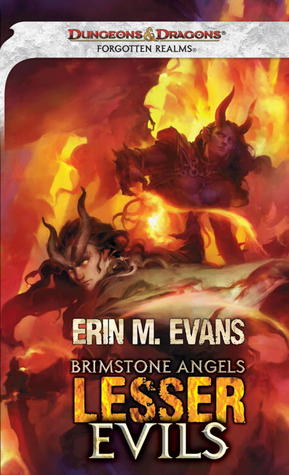 Paperback, 400 pages
Published December 4th 2012 by Wizards of the Coast

A fantastic follow up full of a mysterious library and a magical book as well as something inhuman and creepy with a dash of misunderstandings and doppelgangers.  The author does a great job following up on some of those dangling story threads from book one in  a way that made the character growth seem real.  We get to explore another aspect of the Forgotten Realms map while learning more lore.

I particularly loved that a large chunk of this story takes place in a library of sorts.  I don’t want to say more than that because of spoilers, but as a book lover, I enjoyed that part very much.  Also, we learned more about Lorcan and his world.  I’m hoping to get the audiobook for book three very soon so I can continue this fun and exciting series!  Be sure to watch out for my reviews of the rest of the series in the coming months.