If you’re wondering what Wyrd & Wonder is, please check out the original post at the hosting blog here.  It’s basically a month long celebration of all things fantasy.

END_OF_DOCUMENT_TOKEN_TO_BE_REPLACED

Today is about sharing cheer!  Books and butterflies make me very happy and this week has been full of both.  Here’s my Animal Crossings character enjoying the butterfly house of the museum.

END_OF_DOCUMENT_TOKEN_TO_BE_REPLACED

Today, I want to share one of my favorite authors.  The only author that I will be able to wait the 4-5 years it takes her to write a single, complex narrative that intrigues and builds even as it frustrates and excites.  What I’m saying is, “Go check out the Green Rider series if you haven’t already!!”

END_OF_DOCUMENT_TOKEN_TO_BE_REPLACED

Today, I’m back with another fangirl post.  This time I am sharing my collection of Jim C. Hines books.  He is a fabulous person, who should definitely be on your radar.  He does this marvelous thing where he tries to recreate female poses from covers.  Check it out here.  It’s mind blowing!

I’ve been lucky enough to collect some ARCs both from trades and from the publisher.  Jim writes a wide variety of fun series.  The characters make the stories even more compelling.

END_OF_DOCUMENT_TOKEN_TO_BE_REPLACED 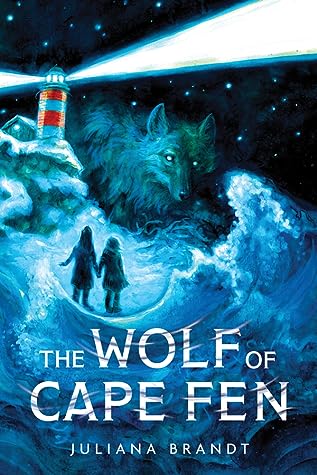 I want to start by saying thanks for Sourcebooks for granting my request for a physical ARC of this title back before the pandemic made everything go crazy.

Saturday afternoon I just wanted to get away from the television and computer, so I took this book into the library, where I read the whole thing start to finish in one sitting of about three hours.  This was largely in part of the author’s great writing and also because I found myself wanting to discover the riddle to the mystery presented.

But at the end, I was dissatisfied.  I didn’t want to be, but I couldn’t shake the feeling that I wanted a different ending.  I think this was due to two things.  One, I am not the target audience, which is a middle grade reader.  (Although if I had read this as a young person, I don’t think I would have liked it much better.)  Two, I don’t think I caught enough context clues for the ending to be a clear summation of them.  Perhaps I was reading too quickly and missed them.  More likely I am just being overly critical.

This is the type of book that I would recommend adding to a library collection for public or school due to its interesting nature and different take on the mystery and fantasy genres combined.  I also think that many fantasy readers will also enjoy this regardless of age.  I want to go back to my earlier comment about the author’s writing style because I do think she did a fabulous job.  The pacing and character development were great and were the reasons that I finished the book in one sitting.  And did you see that gorgeous cover?

Definitely give this one a chance or share it someone younger who’s into fantasy or mystery.

First Frost has touched Cape Fen, and that means Baron Dire has returned. For as long as anyone can remember, Baron Dire has haunted the town come winter, striking magical bargains and demanding unjust payment in return. The Serling sisters know better than to bargain, lest they find themselves hunted by the Baron’s companion, the Wolf.

Then the Wolf attacks Eliza’s sister Winnie. They manage to escape, but they know the Wolf will be back, because the Wolf only attacks those who owe the Baron Dire. Winnie would never bargain, so that must mean that someone has struck a deal with Winnie as the price.

Eliza embarks on a journey to save her sister, but as she untangles the links between Baron Dire, the Wolf, and her family, she discovers a complicated web of bargains that cross all of Cape Fen. If Eliza can learn the truth, she might be able to protect her sister, but the truth behind the bargain could put her own life in danger. 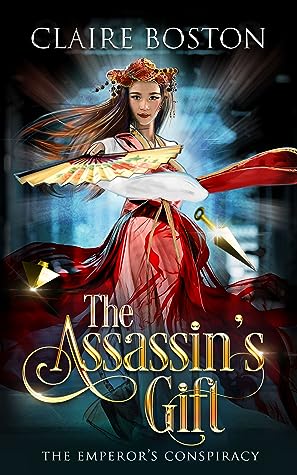 I received an e-arc of this book through Reedsy Discovery in exchange for an honest review.

I was most impressed with the author’s ability to convey complex and authentic emotions, which made this novel compelling to the point of obsession.  I found myself staying up late and ditching Animal Crossing to learn what happens next!  The pacing matched the level of care taken with the emotions making this a marvelous escape during this crazy time.

Although categorized as an adult fantasy, I believe that anyone who enjoys young adult or new adult fantasy would enjoy this great piece of literature.  I was reminded of the Indian captive stories that I was obsessed with as a middle grade reader.  As with those, I loved seeing an outsider learning about their ignorance and embracing another culture.  This story has Asian influence, and I loved the juxtaposition of cultures.

I was excited to learn that this will be a three book series; however, it looks like the main character will switch for the second book.  So I’m assuming that book three will also have a different main character.  Either way, the other books should be just as amazing if the author continues her care and craft of genuine emotions.

She’s trained to kill. But is her prey the man she’s ordered to eliminate… or the one who sent her?

Princess Lien reserves her loyalty for her uncle, the emperor. Groomed as his secret assassin after he took her in, her first target is the khan of the barbarians responsible for her parents’ murder. But her supernatural speed is no help when the monarch betroths her to the man she’s meant to slay.

Waking naked in the enemy camp far from the palace and her pet dragon, Lien is horrified to find she’s imprisoned by the ruthless tribe—and they know her true mission. Refusing to believe her uncle betrayed her, she vows to become his spy. But as evidence that she’s on the wrong side mounts, it will test her fidelity and honor.

Can Lien unravel a web of deceit in time to stop the real traitor?

The Assassin’s Gift is the first book in the riveting Emperor’s Conspiracy fantasy series. If you like strong heroines, loyalties challenged, and treacherous battles, then you’ll love Claire Boston’s enthralling adventure.

END_OF_DOCUMENT_TOKEN_TO_BE_REPLACED 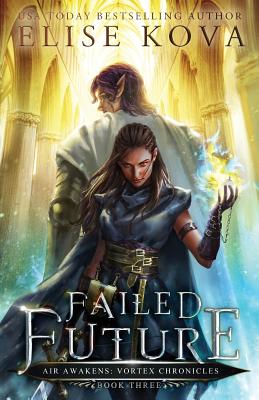 I received an ebook from the author but have also purchased a signed copy for my collection, so my opinions are my own.  Thanks, Elise Kova!

The original plan was to have this read and reviewed by March 31, 2020, but then the pandemic happened and I was unable to focus on reading. But I’m happy to report that once I found my reading mojo, I was able to devour this book in three days while playing Animal Crossing! The story was quite compelling and the pacing was rather good. I was definitely speed reading, so I may have missed a few things hidden in the descriptions, but I enjoyed the dialogue.

Warning: you will want to have book four on hand when you finish this one as the ending makes some giant changes to the assumptions you may have been building. I am looking forward to seeing where the author takes the story and may wait until my copy of book five arrives so I can read those two back to back.

The side characters that Elise crafts are great, and I love them almost more than the main characters! Please check out this series if you love well crafted adventures peppered with romance and betrayal as well as familial bonds. It is technically a sequel series to Air Awakens, but you don’t need to have read it first. I’m actually looking forward to going back and reading that series once I finish this one as I hadn’t gotten past the first book!

When worlds collide, and things are rarely what they seem, there may be no one Vi can trust.

Having forsaken her crown for a chance to save her family, and the world, Vi Solaris washes up on the shores of Meru. She’s wounded and barely alive. But Vi’s fight for survival is only just beginning.

As a princess in a foreign land, everyone is after her.

The pirate queen Adela wants to sell her to the evil elfin’ra. The Twilight King wants to use her to settle an old score. And, perhaps most dangerous, is the scheming Lord of the Faithful who sees her as an opportunity to further consolidate his power.

The only path for Vi is forward. But she doesn’t yet know if she’s running toward salvation… or a brutal end to everything she loves.

Vi’s journey continues with even more betrayal, romance, magic, and a twist you never saw coming that leaves readers begging for the next book.