So March was a hard month for me and reading full novels.  I read plenty of graphic novels, but I just couldn’t find the focus for longer narratives of just text.  Until the very last week of the month when Amanda Bouchet’s Nightchaser helped pull me out of the pandemic slump and anxiety.  But it was slow going, and as I mentioned yesterday, I fell to the Animal Crossing bandwagon of fun and joy 🙂  Anyway, here is what I’m hoping to read and shout about this month as time allows.

END_OF_DOCUMENT_TOKEN_TO_BE_REPLACED

As you can see, March is a big month for SFF releases!  There are so many great looking books coming out this month, and I can’t wait to hear everyone’s thoughts on these.  So definitely let me know in the comments!

END_OF_DOCUMENT_TOKEN_TO_BE_REPLACED

Here are all the great books that came out last month.  You know, in case you missed one!

END_OF_DOCUMENT_TOKEN_TO_BE_REPLACED

Preface: Starting with February, instead of just compiling covers for books releasing for the month, I’ve decided to curate my monthly releases posts by starting with those books that I need to read for review purposes, followed by those that I’m excited to see release, and finishing with some other titles I’m hoping to read during the month.  They might be longish posts, but hopefully informative! 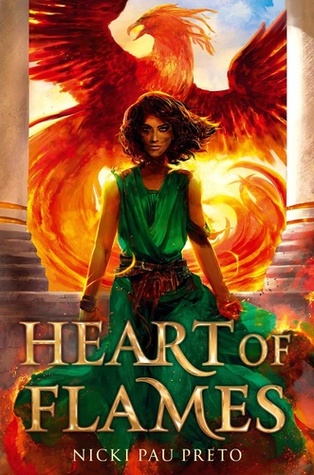 I have two physical books that I need to read this month.  Belle Revolte by Linsey Miller is one that the publisher, Sourcebooks Fire, reached out to me since I worked with them on Linsey’s debut a few years back.  And, I requested Heart of Flames by Nicki Pau Preto from Simon & Schuster because I loved the first book last year.  I’m excited to read both of these.

With these three, I’m hoping to read and review at least two this month.  They are eARCs downloaded from Edelweiss.  The Unspoken Name by A.K. Larkwood has already received some fantastic reviews, so I’m hyped up for that one from Tor Books.  The Seventh Sun by Lani Forbes from Blackstone Publishing and The Wolf of Oren-Yaro by K.S. Villoso from Orbit are quieter released, but they sound fantastic!  Thanks for the publishers for approving my requests. 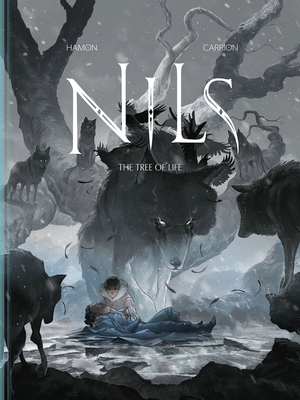 Magnetic Press had a Read Now button on Nils: The Tree of Life by Jerome Hamon, and I’m a sucker for graphic novels with great art, so I’m hoping to read this one soon.  And I was overjoyed to see the audiobook for Upright Women Wanted by Sarah Gailey from Tor.com as one of the February Libro.fm ALC options.  Must finish my current audiobook, but this one is up next! 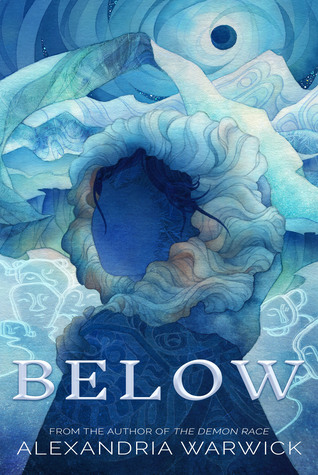 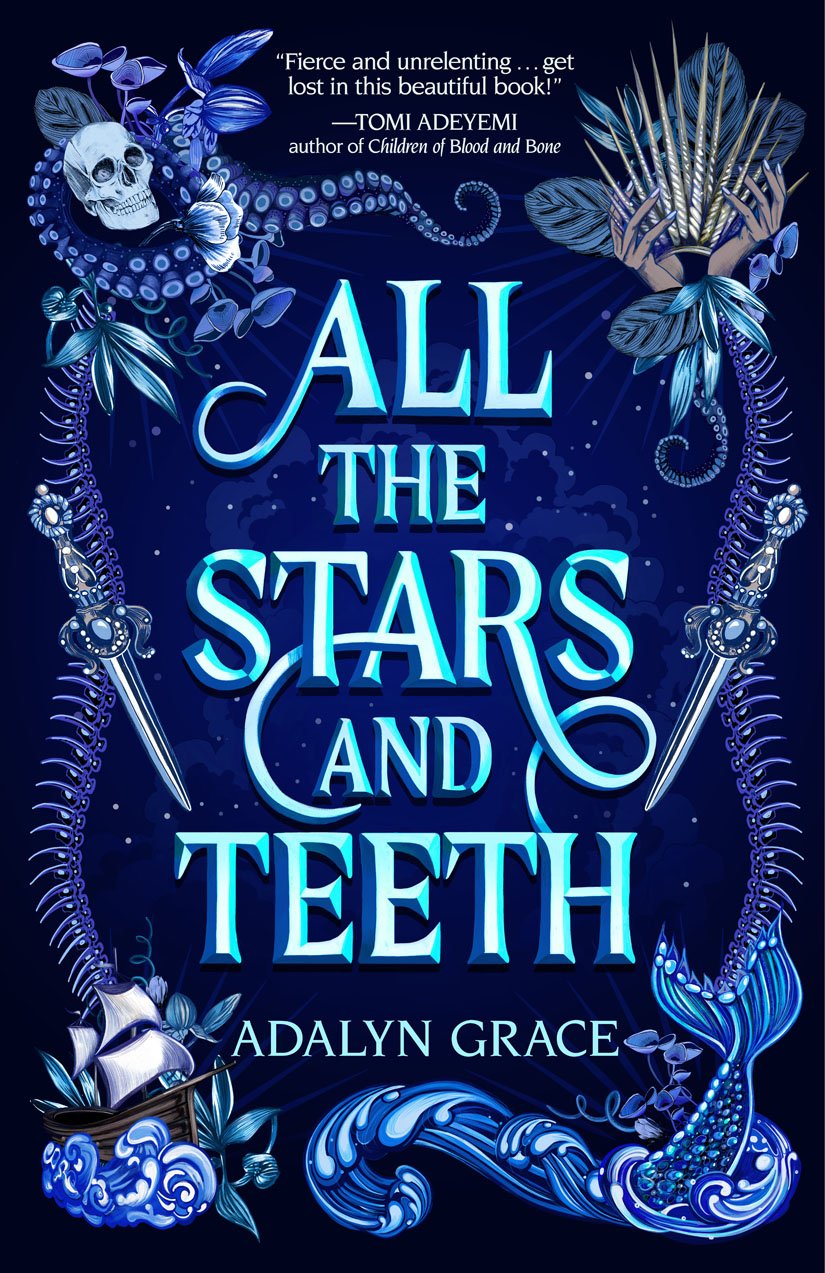 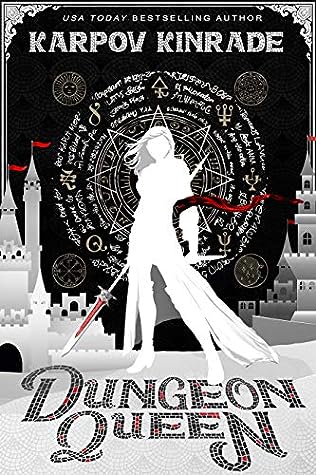 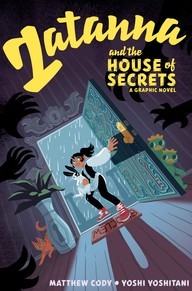 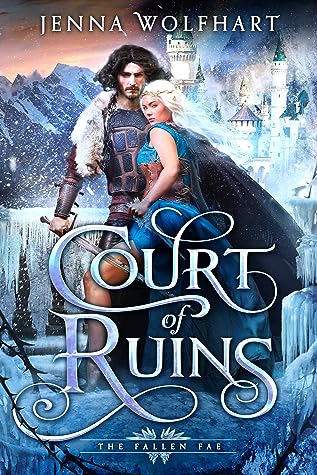 These all look amazing!  But I won’t have time to read them all this book, so I’m hoping to squeeze some in later this year.

Other Books on my TBR this month: 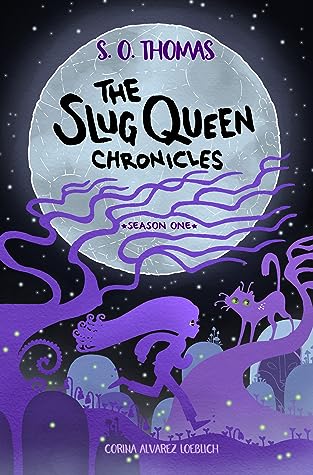 Seven Deadly Shadows by Courtney Alameda and Valynne E. Maetani is a January release that I didn’t have time to read, but since I did receive an ARC from HarperTeen, I’m still hoping to read it this month!  The Slug Queen Chronicles: Season One by S.O. Thomas is an eARC I received through Book Sirens and so far is pretty interesting.  Look for my review later this month since it’s a March release. 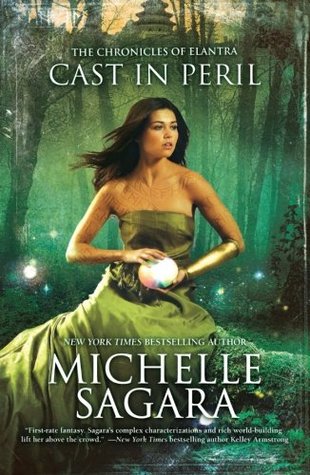 My current audiobook read is Cast in Peril by Michelle Sagara from MIRA (previously Harlequin LUNA), which I’m listening to during my Audible Escape trial.  I’m extremely behind on this series, but am hoping to catch up some this year.  I didn’t quite have time in December to read The Starless Sea by Erin Morgenstern and my boss would like to see what I think about some of the library aspects, so here’s hoping I can squeeze this Doubleday Books release in this month as well!

What do you think of this format?  Let me know if you love it or hate it in the comments!

Besides forgetting to do November’s new releases post, there really aren’t that many books that release at the end of the year, so I think you’ll find this list about as long as normal even though it covers two months.  Here are the November and December releases that I’m most excited about!

END_OF_DOCUMENT_TOKEN_TO_BE_REPLACED

Once again, we have a month jam-packed with so many amazing SFF releases across the ages!  I’ve already had a chance to read a few of these, so you can find my reviews of Smarter Than a Monster up now and Master of the Phantom Isle should go live very soon!  I’m working on The Never Tilting World right now for review and have a review copy of The Library of the Unwritten to read next!  Hopefully, I’ll be able to squeeze one or two more into my reading schedule this month as well 🙂

END_OF_DOCUMENT_TOKEN_TO_BE_REPLACED

As promised, here is the glorious list of all the wonderful September releases this year.  I’ve already had a chance to read many of these and have posted my reviews.  And there will probably be a few more sprinkled over the next several months.  Hope you can find something for you!

END_OF_DOCUMENT_TOKEN_TO_BE_REPLACED

Oops, totally forgot to highlight the August new releases that everyone should be excited about!!  Better late than never, right?  And there were some amazing ones released.  Next week, I’ll post the terrifically huge list of September releases.  Expect a mile long post!

END_OF_DOCUMENT_TOKEN_TO_BE_REPLACED

Once again, we have a month full of wonderful sounding new releases in fantasy and science fiction!  I’ve got a couple of these almost ready to review, but they all sound fabulous.  Have you read any of these yet?