I decided to join a fun little project through Twitter called The Secret Sister Project, which runs for a six month period (this one is August through January) and is meant to bring a little joy and cheer to strangers accepted into the program and secretly paired up.  You can check out more details here.  It’s been so much fun to plan little care and gift packages and writing back and forth on real paper, so I decided to share how awesome my Secret Sister is this round!  I’d share the packages I’ve put together, but then my secret sis would totally figure out it was me 🙂

For the first month, which was August, my secret sister put together some great little fun things with no theme.  Gel pens, positive stickers, Legacies signed by Rosemary Edghill, and the Valerian soundtrack!!  Not to mention that steampunk octopus art notecard created by Jessica Douglas 🙂  On point and amazing!  We have so much in common it turns out and I’m loving our new friendship.

So for this month, I received a wonderfully themed box: Classic Redux.  Another glorious art piece from Jessica Douglas, goldfish (rainbow), Monster High stickers and a mini (children of classic monsters), Prince of Egypt (musical retelling of Moses), and Indexing by Seanan McGuire, who I’m so excited to meet at the end of next week!!  And the book is a fairy tale retelling in an urban setting as a police procedural.  Loved it (expect my review very soon)!

I’m so impressed with my sister’s attention to details and love exchanging letters in between packages.  We have so much to talk about that it’s a great well to relieve stress and spread a little bit of fun and fandom.  I can’t help but want to do little things for my awesome sister, so I’ve sent a few signed bookplates her direction and will probably continue to do fun things like that for the rest of this session.  Love this program so much!!

Apologies for the gap of author signature posts, but life has been pretty hectic and I, honestly, forgot about this weekly post for a couple of weeks.

Anyway, this week’s theme is Childhood Favorites, where I share with you some of the most prized signatures in my collection from authors that I loved as a kid and still like to re-read occasionally.

END_OF_DOCUMENT_TOKEN_TO_BE_REPLACED

So last week, I posted part 1 of my author signature collection.  And now here’s part 2!

END_OF_DOCUMENT_TOKEN_TO_BE_REPLACED 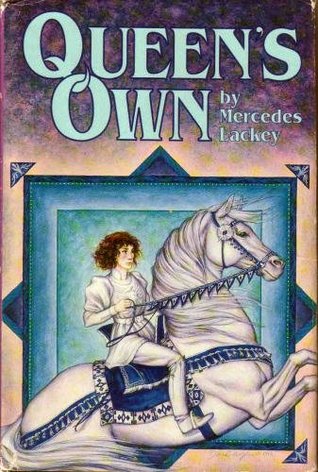 Recently, life has thrown me some curveballs, so I decided to re-read a character story that was similar to what I was going through.  I found Arrows of the Queen early in life (either junior high or early high school) and loved the story then for almost the same reasons I wanted to read it again now.  Also, DAW recently released the trilogy in a single paperback, which rekindled my desire to read the series. 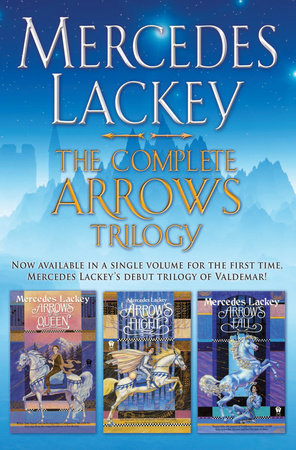 I want to be honest here; I usually skip Arrows Flight in my re-read because not much happens.  As one of Mercedes Lackey’s earliest writing endeavors, this trilogy suffers in a couple ways.  First, the middle book is almost dead space with most of what is described being too drawn out.  This really could have been a beefier duology and been a bit better for it.  Second, the pacing is just a little off at times.  I like getting to know how Court and Collegium work, and I like getting to learn more about Talia’s friendships, but there aren’t quite enough pages devoted to the action sequences.  They read as very abrupt.

Readers who aren’t accustomed to older styles of writing in the fantasy genre may become frustrated or annoyed by the editing presented in the originals.  And, I haven’t had the opportunity to examine the new release to see if the editing was updated at all.  However, I think the story of acceptance, bullying, family, and adventure overcome these minor negatives.

The reasons why I love this tale are tied to the main character, Talia.  As a child, she was raised in a household that didn’t provide love or acceptance for who she was as a person.  Then, when she traveled to the capital to become a Herald, she was met with bullies and court intrigue from early on, plus she had to work through her issues of trust, friendship, and communication.  Mercedes Lackey shows a great deal of knowledge about the human psyche and emotions.  Anyone who wants more LBGTQ, female empowerment, and diversity in their fantasy should check out any of Lackey’s works as she was one of the originals to feature positive reactions and acceptance of what was mostly considered normal (in the worldbuilding) relationships of that nature.

OVERVIEW from the publisher

Available in a single volume for the first time, Mercedes Lackey’s debut trilogy of Valdemar!

The Complete Arrows Trilogy contains the three extraordinary novels that launched Mercedes Lackey’s remarkable career and sparked the imaginations of millions of readers across the world.

The Arrows trilogy tells the story of Talia, a daughter of the repres­sive Holderfolk, who is Chosen by the immortal Companion Rolan to become one of the legendary Heralds of Valdemar.

Companions like Rolan are mystical horse-like beings with powers beyond imagining—including the power to sense an awakening potential for special talents of the mind in certain young men and women, like Talia.

With Rolan’s help, Talia will learn to master her unique mental abilities of telepathy and empathy, and will grow from an uncertain and inexperienced Herald trainee to become the most important Herald of all: the Queen’s Own.

And together, Talia and Rolan will fight to protect the queen, the heir to the throne, and the entire kingdom—from dangerous conspiracies, looming unrest, vicious treachery, and even an evil and ancient sorcery beyond the magic of the Heralds themselves.